The new Extreme E off-road racing series features professional motor racing in electric SUVs. Recently, reigning Formula 1 World Champion Lewis Hamilton announced that his newly founded Team X44 would be entering the fray, and now, Nico Rosberg, another leading Formula 1 driver, says he is entering the ring. Like Lewis Hamilton, Nico Rosberg is in the process of founding his own motor racing outfit, team Rosberg Xtreme Racing (RXR). “Since retiring from F1 I have dedicated my career to sustainable technologies so to be able to combine these endeavours with my passion for racing is incredibly fulfilling,” he explained. The hallmark of Extreme E is its choice of venues in the immediate vicinity of endangered habitats. In this way, the series aims to draw the attention of motor racing fans around the world and of politicians, local people and the authorities at the venues to climate change, and encourage them to redouble their efforts to restrict global warming to 1.5°C.

The German tire and technology giant is a founding Partner and major sponsor of the Extreme E race series. Commenting on the recent addition to the line-up, Sandra Roslan, responsible for the Extreme E project at the company, said, “The ever-growing level of interest in Extreme E only goes to show that the new series is very much in tune with the times.” She added that Mr. Rosberg was not just a great champion racing driver; his activities off the track also make him a very authentic partner for the series.

After retiring as reigning World Champion, Mr. Rosberg became involved in the FIA Formula E championship as an investor and called for Formula 1 to switch to electric race cars in an attempt to combat global warming. He is a co-founder of the Green Tech Festival, which is designed to provide a global platform for pioneering green technologies in the fields of mobility, energy and lifestyle. He is also a partner in Team Rosberg Engineering (TRE), which, along with Schaeffler Paravan Technology, won the 2019 German Mobility Award for the development of the Schaeffler Mover – a compact and highly maneuverable electrically powered mobility concept, capable of autonomous driving.

In addition to Mr. Rosberg’s Team Xtreme Racing and Mr. Hamilton’s Team X44, seven other teams will also participate in the event including the famous US IndyCar teams Andretti Autosport and Chip Ganassi Racing, the Spanish QEV Technologies project, and British-owned Veloce Racing, co-founded by current Formula E Champion, Jean-Eric Vergne, Team Techeetah from Asia and ABT Sportsline and HWA RACELAB from Germany.

The teams participating with will start the races with identical technical equipment, consisting of an SUV ODYSSEY 21 equipped with 37-inch Continental CrossContact Extreme E race tires, specially developed to put the car’s 544 hp reliably onto the track regardless of the conditions. 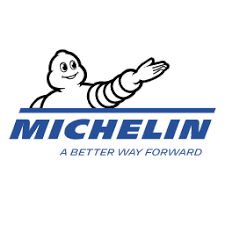